During the 19th century asbestos use was widespread in the shipbuilding process and during the repairs performed on a ship. Some of the diseases caused by this mineral are asbestosis, fibrosis, mesothelioma and other types of cancer.

Asbestos is composed of tiny fibers that are easily inhaled when working around a damaged asbestos-containing product without wearing any protection gear. The poorer the work room is ventilated, the higher is the risk of inhaling asbestos dust.

Other employees at risk within the US Navy are ordnance artificers, who are in charge of repairing, assembling, and disassembling ordnance of all types, gunsmiths, who perform skillful modifications and restorations to firearms, and artillery-maintenance supervisors, who coordinate the inspecting and servicing activities of artillery weapons.

Also, the gunner's mate/weapon's specialist has to run tests on weapons. He also calibrates the weapons in use for their proper functioning, operates and maintains night optical devices. 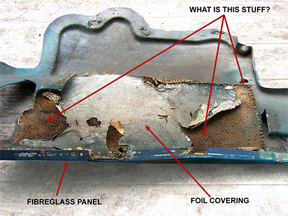 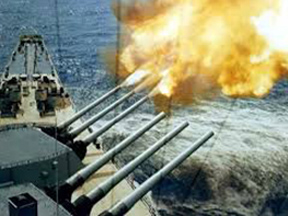 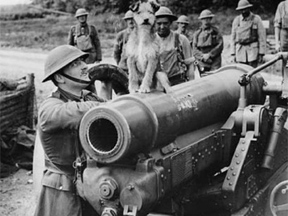 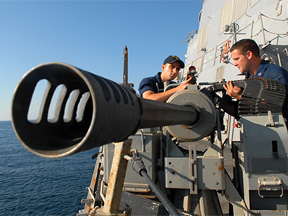 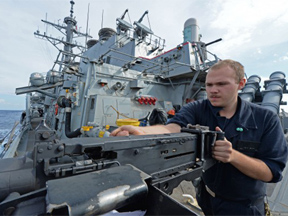 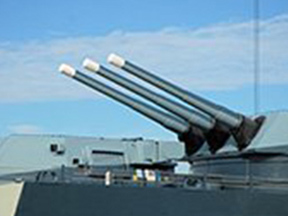 Among other responsibilities, the gunner's mate/weapon's specialist is in charge with handling the security, the maintenance and the inventory of weapons like M500 shotgun, M60 machine gun, M14, rifle, M2 Browning machine gun, M4 and M16 rifles and other pyrotechnics.

Their working environment is various. The main locations where a gunner's mate performs his duties are the turrets, but also in the rooms where the ammunition is stored. The asbestos exposure was not so high within the turrets, but the gloves they wore in order to be protected against the burns from the shooting contained asbestos, which is famous for its insulation properties. In addition, whenever they fired heavy artillery, the asbestos from other equipment in the ship ripped and spread as a toxic dust everywhere.

Quoting Edwin A., gunner's mate on USS Oriskany CV-34:"Everything we touched contained asbestos, even our protection gloves. And whenever we shot a fire to protect us against the enemies, we actually killed ourselves little by little without even knowing." Unfortunately, the US Navy employee was diagnosed with mesothelioma and died in 2015.