Story of Talmadge A., a Shipyard Worker for the US Navy

Many US veterans suffered from different types of cancer following asbestos exposure during the 20th century. Asbestos is a mineral widely used during the shipbuilding process for its insulation properties starting with 1930 up to 1985. The lenghty exposure to this mineral leads to serious respiratory diseases. This was also the case of Talmadge A, who was diagnosed with asbestosis and, afew years later, with lung cancer.

He started to work for the US Navy on January 1, 1963 as an aviation ordnanceman in Barber's Point, an airfield located in Kapolei, Hawaii and served the country for 4 years. The job involved taking responsibility for the maintenance of guns, bombs, torpedoes, rockets and missiles. The work was not performed on a ship, but within a shipyard, which was even a riskier source of exposure.

Subsequently, he was transferred to Bessemer Coal Iron Land in Bessemer, Alabama where he worked for 2 years as a plumber. His main responsibilities were to install, assembly, fabricate, maintain and repair all the mechanical piping systems on ships. The work was mainly within the field of construction and the worker was most likely exposed to asbestos when he installed pipes and other elements that required insulation with asbestos. One of the ships he worked for was USS Paricutin AE-18, one of the most important ammunition carriers in the US Navy history. 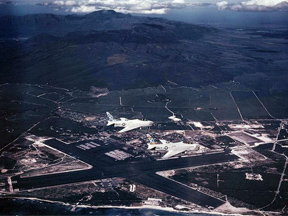 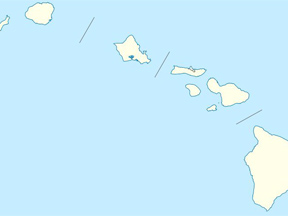 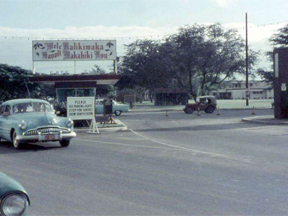 In his work history it is stated that he also performed maintenance work for Gulf Mobile & Ohio RailRoad and Illinois Central RailRoad, both companies located in Alabama. The exposure took place while he was repairing brakes and clutches. The work he performed on the railroad lasted for 14 years and, after a small break, he became a mechanic for Hayes Aircraft in Birmingham, Alabama. Hayes Aircraft was a specialist military conversion company where Talmadge worked for 3 years. The job as a mechanic also involved exposure to asbestos due to the usage of brakes, transmission parts and gaskets.

Talmadge A. found that he has asbestosis, but the disease evolved and turned into a severe lung cancer. He also had a B-Read from a specialist which confirmed his worries. Unfortunately, the victim died a few years after his diagnosis was confirmed, but this is not everyone's case. If you are a veteran and, most of all, if you are certain that you have been exposed to asbestos during your service to your country, go and get tested. Keep in mind that you will need help with medical bills and treatment in the future, so getting legal advice and guidance is vital for you to receive monetary compensation. There are already established trust funds where monetary compensation is available to victims and their families. You will never go to court, because lawyers will take care of everything on your behalf. Our trusted source for legal help is Environmental Litigation Group, which is a group of professional lawyers that will do their best to help you get compensated.