The USS Brennan (DE-13) was an Evarts-class destroyer escort. The ship was built during World War II, a period in which the demand for the construction of Navy ships was at an all-time high.

The USS Brennan was mainly involved in operations during World War II, having been ordered to ensure the protection of ships traveling in a convoy from anti-aircraft and anti-submarine attacks. For its efforts, the vessel was awarded a World War II Victory Medal. 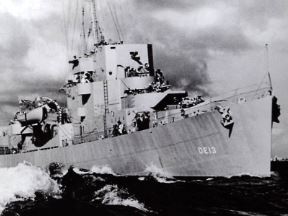 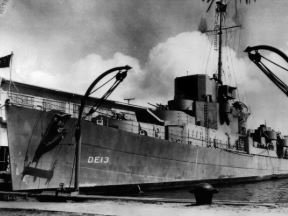 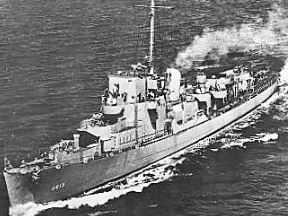 History of the USS Brennan (DE-13)

The USS Brennan was built at the Mare Island Navy Yard initially under the designation Bentinck (BDE-13). However, on 6 January 1943, the ship was redesignated to Brennan. It was then commissioned on 20 January 1943 with Lieutenant Commander Mark E. Dennett commanding.

The Brennan performed sea trials off the southern California coast, and for the rest of its time of service, the ship mostly conducted operations in the Florida Strait as well as in the West Indies.

The Brennan crashed into another ship in May 1945, with no major damages to either of them. The crew on board was able to handle most of the repairs and the rest of the renovations were performed in July when the vessel entered an availability period in Charleston, South Carolina.

On 9 October 1945, the Brennan was placed out of commission and taken off the Navy Registry list that month. The following year in July, the ship was sold for scrapping.

For most of the 20th century, a mineral called asbestos was heavily used on the territory of the United States particularly in the construction industry. Because the fibers were discovered to have added to the strength of compounds while at the same time increasing their resistance to high temperatures, manufacturers quickly began pouring the substance into mixtures destined for building materials.

It was because of this initiative that asbestos found its way into many American homes in this time span. The U.S. Navy also took a great interest in the versatile fibers with orders being given for Navy ships to be coated in pure asbestos insulation. Additionally, the rooms situated below the deck contained equipment that was made from asbestos-containing materials such as the boilers, the pipes, the valves, the turbines, the gaskets, and even the walls and flooring, among other things.

Although the intentions of the Navy officials were to increase the safety of those that were deployed at sea by acquiring massive amounts of asbestos to fireproof the vessels as much as possible, the fibers were later identified as causing cancerous diseases decades after the initial exposure had happened.

Have You Been Exposed to Asbestos on the USS Brennan (DE-13)?

We can help you find out more about how servicemen were exposed to asbestos on the USS Brennan. We can also help you reach out to former shipmates. To learn more, call us at 760-621-6147.

Navy Veterans Should Be Vocal About Asbestos Exposure