The USS Bryce Canyon (AD-36) was a Shenandoah-class destroyer tender. The vessel was the only one in the fleet of the U.S. Navy to have been named after Bryce Canyon National Park located in Utah. The USS Bryce Canyon had as its main preoccupation the maintenance of other warships of the flotilla. This kind of vessel was designed with the purpose of having it support other ships during their operations at sea. The destroyer tender also had the responsibility of providing battleships with supplies of all sorts besides just assisting them with reparations. 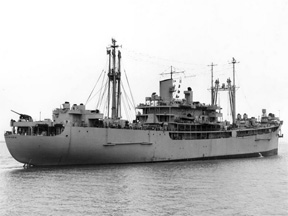 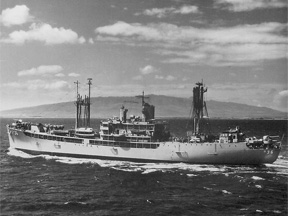 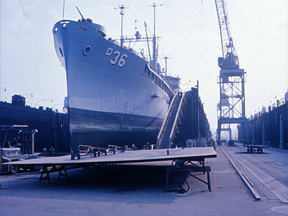 The USS Bryce Canyon was built at the Charlestown Navy Yard. The ship had Mrs. William J. Carter as a sponsor and Captain M. R. Gerin as a commanding officer when the vessel was placed in commission in September 1950. The Bryce Canyon was commanded to the Pacific Fleet in December 1950 and by March 1951, the vessel was sailing to the Far East. A second deployment to the Western Pacific followed in 1952, beginning in the month of June and ending in February 1953. For its third tour, the ship left in 1953 for Sasebo, Kobe, Nagoya and Yokosuka, offering maintenance assistance in each port.

During the fourth deployment of the Bryce Canyon that occurred in the first half of 1955, the ship provided its services at Subic Bay, but also at Yokosuka, ending the activities by May. By December the same year, the vessel was deployed once more to the Western Pacific region until October 1956. In June 1981, the Bryce Canyon was placed out of commission.

Beginning with the 1930s until the late 1970s, all military branches of the United States were utilizing massive amounts of asbestos, a substance that during those years was thought of as having been a miracle mineral due to the advantageous physical and chemical properties it presented.

Asbestos was resistant to high temperatures, but it was also flexible and durable, which made it a great insulator. By the time of World War II, essentially all the ships in the U.S. Navy had been coated with layers of asbestos as the material took over the insulation trade.

The new ships that were being built were put together using sections made entirely of asbestos or containing large quantities of it, and old ships were being repaired using asbestos-embedded materials. The fact that asbestos was practically everywhere on the ship made it very easy for the crew to be exposed to it. By simply doing their jobs, the sailors would cause for asbestos dust to be released in the air and inhaled by all those in the respective areas.

Have You Been Exposed to Asbestos on the USS Bryce Canyon (AD-36)?

If you would like to gain a better understanding of the way in which asbestos exposure usually happened on board and about how the Navy personnel was affected by it, we can help you with that information. Call us at 760.621.6147 to find out more.