The USS Chewaucan (AOG-50) was a Patapsco-class gasoline tanker that was assigned the task of transporting gasoline to the warships in the fleet and remote Navy stations. The ship was launched by Cargill, Inc; Savage, Minnesota on July 22, 1944. 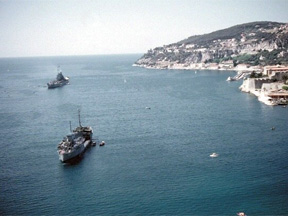 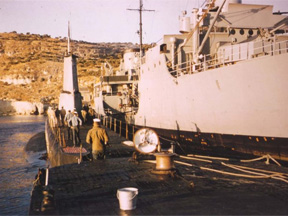 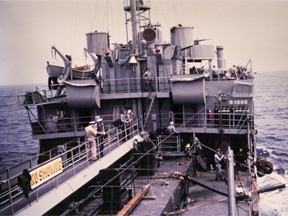 History of the USS Chewaucan (AOG-50)

The USS Chewaucan (AOG-50) belonged to the Patapsco-class of gasoline tankers that were built to serve the United States Navy during World War II. During its missions, the vessel carried about 131 people onboard. The ship completed major missions at Hawaii, Baytown, Seattle, San Pedro, Norfolk, and Kwajalein. On February 4, 1948, the ship entered the Philadelphia Naval Shipyard, where it was converted to a combination oiler-tanker. Then, the ship became one of the original 12 ships of the U.S. 6th fleet in the Mediterranean on July 7, 1948. After some years, the ship's duty changed from replenishing the 6th fleet to supply of shore shortage facilities on August 2, 1957, as the ship got transferred to Commander, Naval Activities, Italy. Though the exact date of decommissioning of the USS Chewaucan is unknown, the ship was struck off from the Naval Register on July 1, 1975. On January 1, 1976, the ship was sold to Colombia under the Security Assistance Program.

The USS Chewaucan (AOG-50) was one of the auxiliary ships in the U.S. Navy and like all naval vessels, the auxiliary ships contained large amounts of asbestos, a heat resistant mineral that causes mesothelioma, asbestosis, and other cancers. The ships built between the years 1930 and 1980 contained asbestos-containing materials in almost every area. Therefore, asbestos-exposure was very common in confined areas of the ships and all veterans who served aboard the USS Chewaucan are at risk of developing asbestos-related disease. The common places where asbestos-containing materials were likely to be found on auxiliary ships include:

Have You Been Exposed to Asbestos on the USS Chewaucan (AOG-50)?

The veterans who have served the US Navy aboard the USS Chewaucan (AOG-50), and have developed an asbestos-related illness can recover their rightful compensation from VA claim as well as asbestos trust funds. We are here to help you learn about how veterans have been exposed to asbestos while serving on the USS Chewaucan (AOG-50) We can also assist in getting in contact with your former colleagues. For further information, get in touch with us at 760.621.6147.