Asbestos is one of the most dangerous substances that has ever been used in massive quantities across multiple industries in the US prior to the 70's. People who exposed themselves to this mineral are at higher risk of developing life-threatening conditions such as lung cancer and mesothelioma.

One of the fields where asbestos was omnipresent several decades ago was the shipyard industry. So, it comes as no surprise to find out that thousands of people who have been employed in the Navy reported asbestos-related illnesses. These people were permanently exposed to the hazardous mineral because asbestos was present throughout the ships where they worked. It was used in the construction process for its insulation capacity.

Numerous ships that have been used in military operations during World War II constituted the scene of asbestos exposure. In this post, we're going to focus on one of them - the USS Enterprise (CV - 6). This was one of the most prominent and famous US aircraft carriers.

Read on to find out more about this ship's history and the correlation between it and asbestos exposure.

USS Enterprise (CV - 6) was a Yorktown-class aircraft carrier. It was the 6th aircraft carrier of the US Navy, as suggested by its hall number. This vessel was ordered in 1933 and launched in October 1936. It was built by Newport News Shipbuilding Company which took 2 years to complete the construction. This was one of the first vessels that had an RCA CXAM-1 radar which was used for the detection of planes or vessels and had the capacity to spot them within a range of 76 miles.

The Enterprise is one of the few ships that have been commissioned before World War II, in May 1938. The decommissioning date when it was officially withdrawn from service was 17 February 1947.

Here are some more technical specifications describing the vessel's capacities:

Colloquially, people usually referred to this ship as the Big E. Yet, it had several other nicknames as well, such as Lucky E, The Galloping Ghost, or The Grey Ghost.

The Big E is one of the most praised carriers in the US Army history due to the numerous successful battles it witnessed such as the Battle of the Eastern Solomons, the Battle of the Santa Cruz Islands, the Battle of Midway, the Battle of Leyte Gulf, the Battle of the Philippine Sea. Some of the battles it participated in, didn't leave USS Enterprise (CV - 6) intact so it required several repairs. Some of these works were necessary in 1942, after the Battle of Midway when the ship lost many of its aircrafts and was stationed at Pearl Harbor for a month. Another unfortunate event in this ships' history took place in May 1945 when a Japanese Zero piloted by a kamikaze collided with it and severely damaged its forward elevator, killing 14 crewmen and injuring another 34. After this episode, the Big E went to Puget Sound Navy Yard for repairs. Here it was upgraded and equipped with an anti-torpedo blister. Nonetheless, by the time the refurbishment was completed, the Second World War also ended. Consequently, this vessel became redundant in a post-war period when the Navy had also commissioned 2 dozen more developed carriers. Therefore, on 18 January 1946, the Enterprise set off on its last journey to the New York Naval Shipyard where it would be deactivated. The Lipsett Corporation of New York City bought the carrier in 1958 and soon afterwards it was scrapped at Kearny, New Jersey. The scrapping lasted for 2 years until its completion in 1960. 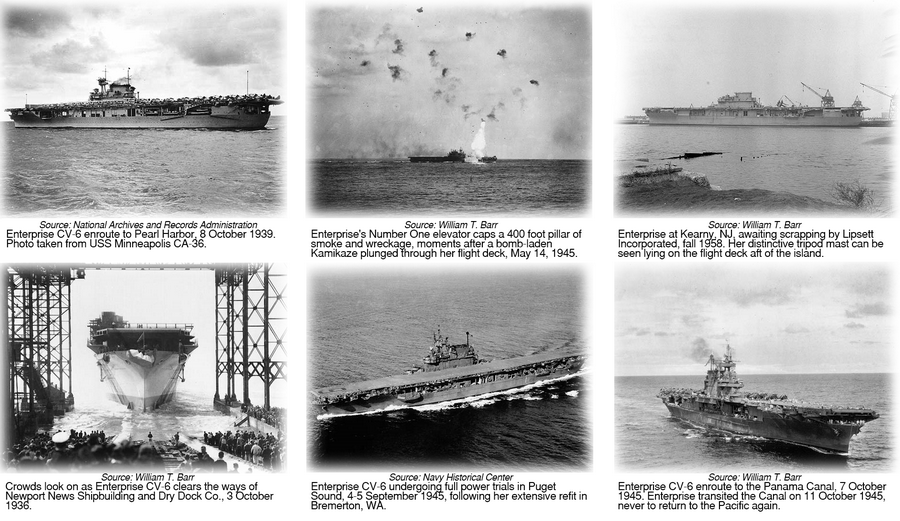 Interesting Facts about the Big E

This carrier was the 3rd Us Navy vessel that has been built from the keel up. It was the most decorated warship in the US during the World War II, receiving 20 battle stars.

During the operations it participated in, the Enterprise managed to down as much as 911 enemy planes, sink 71 ships and damage another 192.

Its first endeavor during World War Two took place on 7th December 1941 at Perl Harbor where it combated Japanese squadrons.

The Big E scored the highest number of battles fought against the Japanese troops during the Second World War, outperforming any other US military vessel.

This carrier participated in 18 of the 20 majoractions the US Navy conducted in the Pacific War. During these operations, the Japanese have falsely reported for three times that the Enterprise sank, hence its nickname The Grey Ghost. 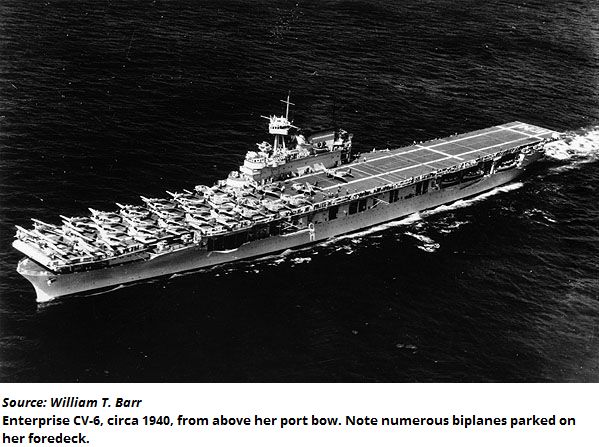 Asbestos Risks Associated with the Enterprise

The frequent damages incurred during the military operations raised the risk of asbestos exposure for those who were present aboard of the Big E. Similarly, the repairs required by this vessel also exposed the workers who conducted them to notable amounts of asbestos. It wasn't uncommon for the ships that were used during the Second World War to be sent in shipyards for maintenance and refurbishment. Moreover, these vessels were often upgraded with innovations that could boost their performance and resistance. But for the people who performed all these works, the risks of developing an asbestos-related disease grew higher because they were basically spending hours and days inhaling this substances' fibers which were present everywhere aboard of the carriers: in pipes, boilers, pumps, turbines and even in the vessel's walls. Besides, each time a bomb hit the vessel, its crew members inhaled the toxic mineral that was contained in the ship's walls and equipment. This was inevitable because a collision automatically broke off the asbestos fibers from the insulation and released them in the air.

The Enterprise was severely damaged several times; in 1942 during the Battle of the Santa Cruz Islands when two bombs ruined its forward elevator and the haul and twice more toward the end of the war when it was hit by another bomb and attacked by two kamikaze pilots. After the necessary repairs took place, the Big E was once again the target of a kamikaze attack in May 1945 which lead to the ships' withdrawal from the battle scene. After this event, the ship was sent to the Puget Sound Naval Yard for repairs.

The construction and refurbishment of the Enterprise were done using massive quantities of asbestos, which, again, was the norm back in those days.

Navy members who worked on Enterprise and shipyard employees who handled the repairs were unknowingly and involuntarily exposed to asbestos particles. Yet, they might not have been aware of this mineral's devastating impact for years because asbestos diseases have a long latency period that can go as far as 50 years. During the latency period, the conditions triggered by asbestos remain unknown because they don't present any symptoms. So, people who worked on the Enterprise in their youth might have found out during the past years that they developed a condition like asbestosis or mesothelioma. If the first is a lifelong disease that can be managed, unfortunately, the second's expectancy period is as little as 2 years.

Nowadays asbestos use is no longer permitted. In fact, due to the large number of diseases caused by this substance, its use has started to be limited back in the 70's. But, sadly, this can't change anything for those who took part in war operations during the 40's and were exposed to asbestos. Back in that period, the Navy, as well as the big manufacturers that produced and used this toxic component were pretty much aware of how dangerous it was. Yet, they continued to use it for its outstanding insulation capacity. In the shipyard industry, asbestos substitutes have emerged long after the Second World War ended.

Given these facts, the state decided to support asbestos victims through laws that allow them to claim a compensation for their illness. If you were deployed on the Enterprise as a military member, don't hesitate to claim your right to a fair compensation if you've been diagnosed with an asbestos disease.

To help you access this reward faster and easier, you should contact a lawyer who has proven experience in handling asbestos cases.

Our site is specially designed for people like you who were in the US Navy and want to find out if the ship where they worked could have exposed them to dangerous levels of asbestos.

If you are a veteran and you were present aboard the USS Enterprise (CV - 6), don't hesitate to contact us for support.