The USS Everglades (AD-24) was a Klondike-class destroyer tender. The primary duties of the USS Everglades were to take care of any maintenance jobs required by other battleships or destroyers. Highly regarded in the first half of the 20th century, the popularity and use of a destroyer tender decreased gradually as technological advances allowed for other types of vessels to be fully capable of doing most of the maintenance work for themselves without a need of external assistance. 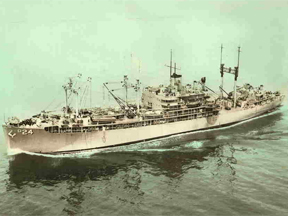 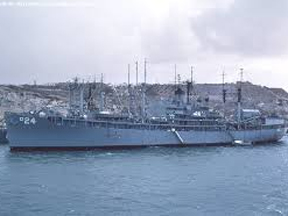 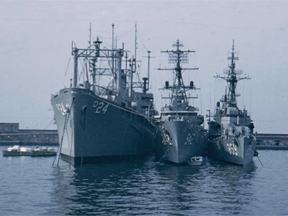 History of the USS Everglades (AD-24)

The USS Everglades was built by the Los Angeles Shipbuilding and Dry Dock Company, San Pedro, California, and it had as its sponsor Mrs. Anne E. Richardson. The ship never underwent the next step, i.e. being commissioned. Instead, it was stationed with the San Diego Group, Pacific Reserve Fleet where it began a process of inactivation on 15 May 1947.

However, the threat of the Korean War prompted the commissioning of the Everglades, which occurred for the first time since it was built on 25 May 1951, with Captain Thomas M. Brown in command.

The Everglades went through the compulsory period of training exercises and upon finishing its shakedown, the vessel took the route of the Panama Canal and steamed to Norfolk, Virginia to report for duty to the Destroyer Force, Atlantic Fleet. The Everglades spent most of its time in service supporting and supplying for destroyers and battleships docked at Norfolk. Later it provided maintenance to ships in the Carribean and Mediterranean. The ship was there to clean up after the Palomares Incident in which a mid-air refueling led to the death of seven people.

On January 1970, the Everglades was decommissioned at Charleston, South Carolina. After having been taken out the Naval Register on 24 May 1989, it became a support ship for the Naval Inactive Ship Maintenance in Philadelphia. The vessel was eventually transferred to the United States Maritime Administration, and in 1991 it was sold for scrapping in India.

Just like any other Navy ship that was acquired during the period of World War II, the USS Everglades contains large amounts of asbestos-embedded products and materials. Asbestos is a toxic mineral that only becomes a threat to humans once it is floating in the air in form of fibers, making it possible for it to be breathed in or swallowed.

As medical data of recent years demonstrates, the fiber cements itself on the interior of the lungs and it keeps irritating them for the rest of one's life since there is no known way of removing asbestos from the organism if it found a way inside of it.

Since a strong resistance to heat and electricity was a requirement on a vessel, and especially in boiler rooms, asbestos was used to fireproof these areas, meaning that a high concentration of the toxic substance was to be found precisely in poorly ventilated spaces, putting the personnel at risk of developing serious forms of cancer, most grave of which is mesothelioma.

Have You Been Exposed to Asbestos on the USS Everglades (AD-24)?

We can help you sort out the experience with asbestos that you or a loved one had. If you intend to pursue the case, we can help you reach the best lawyers specialized in asbestos. To learn more, call us at 760.621.6147.