The USS Midway (CV-41) was a Midway-class aircraft carrier. The ship acted like an airbase that was in motion at sea.

In its almost five decades of operations, the ship provided support for aircraft from armament to shelter, to repair work. The ship distinguished itself during the Vietnam War and as a result, it was rewarded with four battle stars and with the Republic of Vietnam Meritorious Unit Citation. 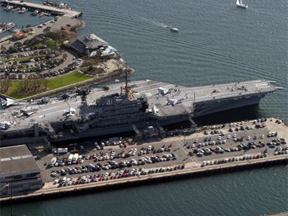 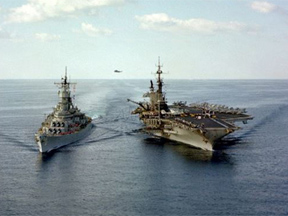 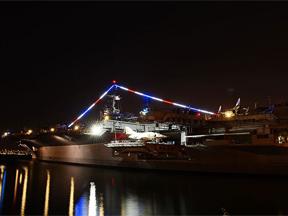 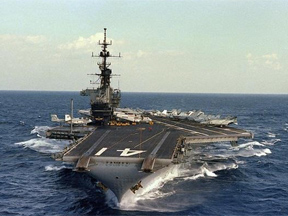 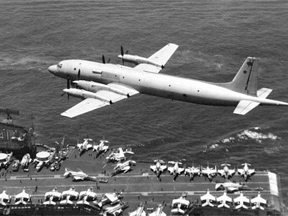 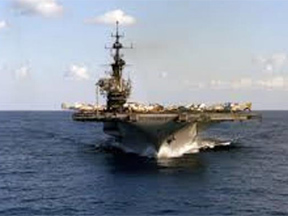 USS Midway was the lead ship of Midway-class and, until 1955, it used to be the largest one from its category. The advantage of this ship consisted in the fact that its design was so innovative that it could be operated better than all the other carriers previously built. After the carrier was commissioned under Captain Joseph F. Bolger's command, the USS Midway started the activity along the U.S. Atlantic Fleet with training exercises in Norfolk. Also, the ship was designated to be the flagship for the Carrier Division 1.

In June 1965, the USS Midway was involved in combating two of the Southern Asia MiGs. A few years later, in 1971, the ship returned to Vietnam where it continued the fights. It also participated in Operation Frequent Wind, which had the main purpose evacuating the American citizens from Saigon, but also the rest of the civilians that could have been in danger at that time.

For the services brought to the country in the period between 30 April 1972 and 9 February 1973, the Presidential Unit Citation was awarded to the USS Midway by President Richard Nixon.

After the Vietnam War, the ship operated under the US flag for another 15 years until it was accidentally destroyed by two explosions that took place onboard. The fire resulted following these explosions took the life of 3 people.

After the explosion, the ship had one last operation in San Diego and then it started the preparations for being used as a museum ship. The wreck can be visited at San Diego in California and it even hosted a college basketball game in November 2012.

Many veterans who worked in the Navy prior to the 70's developed asbestos-related diseases because this toxic substance was present on the ships. Asbestos was a very common element used in construction materials back in those days. This mineral was very resistant to heat and it had amazing qualities as an insulator. Therefore, many ships were built using asbestos in the insulation or in the boilers, as well as in different other parts of the ship. Practically, asbestos was present everywhere on board from the engine or boiler room to the quarters or the deck.

So, how did exposure occur? There are several circumstances in which asbestos becomes increasingly dangerous. And this happens when the fibers are disturbed during maintenance works or in the initial construction phase, in the shipyard. During these operations, the microscopic asbestos particles contained in the construction materials are released. Once these particles become airborne, they are easily inhaled because they are invisible. If asbestos fibers get in the lungs, they cause a particular type of scaring that can't be reversed. The effects of asbestos on human health vary from case to case. Some individuals don't show any symptoms after years of exposure, while others develop diseases like asbestosis, mesothelioma or cancer.

Nowadays, former marines who have been affected by asbestos exposure can access certain benefits. By filing a claim for exposure, they have the chance to get a compensation and cover their medical expenses.

Have you been exposed to asbestos on USS Midway (CV-41)?

If you developed any asbestos-related disease after years of service in the Navy, you should submit your claim and try to receive a compensation. We are here to help you get informed on asbestos use within the US Navy.