The USS Piedmont (AD-17) was a Dixie-class destroyer tender. The ship was constructed at the time World War II was taking place for the purpose of providing maintenance support for other battleships. The USS Piedmont was involved in World War II, the Korean War, and the Vietnam War. For its efforts in the last two, the ship received a total of five battle stars. After ending its service for the United States Navy, the USS Piedmont was acquired by the Turkish Navy in 1982, a purchase that was made possible by the Foreign Assistance Act portion from the Security Assistance Program. 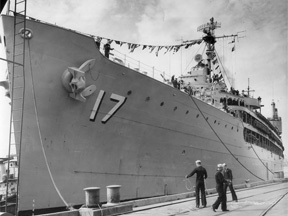 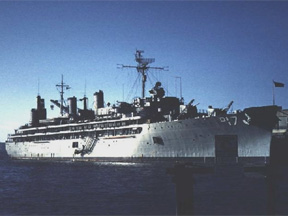 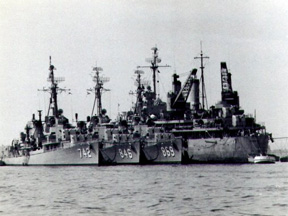 History of the USS Piedmont (AD-17)

The USS Piedmont was built by the Tampa Shipbuilding Company, Inc., Tampa, Florida. Mrs. Elsa Kauffman sponsored the ship and Commander Malcolm D. MacGregor was assigned commanding officer when the ship was commissioned on 5 January 1944. After completing shakedown in February 1944, the ship left for Pearl Harbor in March where it remained for the next two months as there were fleet preparations for operations in the Marianas. The USS Piedmont was so busy that at times was tending to over 50 ships that were involved in the campaign.

At the beginning of 1945, the operations in the Lingayen Gulf were requesting the assistance of all tender ships in the Caroline Islands at Ulithi. The USS Piedmont was assigned to Service Squadron 10. From January to April, the ship participated in the invasions of Lingayen, Iwo Jima, and Okinawa, with each month registering over 100,000 work hours on the part of the destroyer tender. When the enemy forces surrendered in Okinawa in the month of June, the USS Piedmont was ordered to the Naval Base at Leyte in the Philippine Islands for repair work. After the brief overhaul, the ship was commanded to sail to Tokyo Bay with the fleet in charge of the occupation operations. By August 1945, the USS Piedmont docked at Sagami Wan, Honshu, Japan. On 30 August 1945, the ship was in Tokyo Bay and the next day it was finally stationed at the Yokosuka Naval Base. While docked at Yokosuka, the ship was in charge of supplying provisions to the allied prisoners of war that were being released. By March 1946, the USS Piedmont was back in the United States. When the campaign against the Korean War began in June 1950, the USS Piedmont was doing its routine work in the waters off Japan alongside the 7th Fleet. However, as tensions were rising in Vietnam, the ship began a series of deployments there.

In June 1958, the USS Piedmont left San Diego for Yokosuka. However, when the Lebanon crisis began, the ship was ordered to Subic Bay in order to stand by in case there was a need for intervention. By August, the ship was sailing to Kaohsiung, Taiwan to assist the vessels of the 7th Fleet that were doing convoy duty in the waters of Taiwan in an effort to prevent the Communists from invading the Quemoy island. After having completed another tour in WestPac in 1962, the USS Piedmont entered Long Beach, California for a rehabilitation and modernization overhaul that ended in January 1963. In November 1961, the USS Piedmont crashed with a ferry boat which was transporting 19 passengers and a crew. The ferry sank and immediate help was offered by the USS Piedmont as well as by other vessels that were in the area. Two passengers lost their lives that day and other three were wounded, but the USS Piedmont was not affected in any way. In December 1972, the ship was dry-docked at San Pedro, California and by September 1982, the USS Piedmont was placed out of commission. The ship was sold to the Turkish Navy in August 1987, where it served until it was scrapped in 1995.

From the 1930s until the mid-1970s, the U.S. armed forces used massive amounts of asbestos as a way to ensure the safety of those in service since the mineral showed undeniable capacities for fireproofing. Over time, however, more and more medical records stated that asbestos exposure was the cause of diseases such as asbestosis and mesothelioma, but because of a long latency period associated with such conditions, it took a while for it to be established as the definite cause for cancerous illnesses.

Even though asbestos was for a long time praised due to its impressive resistance to heat and low electrical conductivity, the mineral was eventually banned from most of its uses in the 1970s when orders were received for the Navy to remove asbestos insulation from their ships. This does not change the fact that between the 1930s and the 1970s, servicemen were constantly exposed to the toxic material increasing their chances of developing an asbestos-related disease.

Have You Been Exposed to Asbestos on the USS Piedmont (AD-17)?

We can provide you with information regarding the extensive use of asbestos in the U.S. Navy. We can also help you reconnect with your former shipmates. To learn more, contact us at 760.621.6147.