The veterans who served the country during the 20th century faced a major problem regarding the use of asbestos in the shipbuilding process which led to thousands of naval workers getting sick. Having excellent insulation properties, asbestos was a good choice for coating elements on a ship that tend to overheat. The mineral is composed of microscopic fibers that, once released into thin air, can easily get inhaled into the lungs.

Welders, initially called blacksmiths, join pieces of metal by heat and pressure. They are the ones responsible for welding all the metal structures that make up the ship, which includes the ship's hull plates, frames, girders, tanks, foundations, pipes, etc. Pipe welders assemble, maintain, and install structural units and piping systems.

The smoke from welding consists of gases and very fine particles, including asbestos fibers. Asbestos was widely used as insulation and fireproofing in shipbuilding because of its durability and resistance to heat. Welding is one of the highest-risk occupations for asbestos exposure, according to the American Journal of Industrial Medicine.

Some of the common duties of pipe welders include:

Welders may have come into contact with a wide variety of products while completing their job duties. Because they work with high heat and the potential for fires is high, many of the tools and equipment they used contained asbestos. Welders in American shipyards frequently worked with asbestos, whether it was used to lag pipes or was present in the atmosphere as a result of other insulation processes. 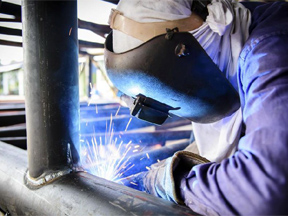 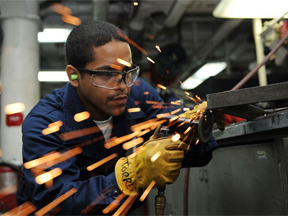 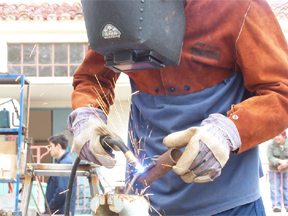 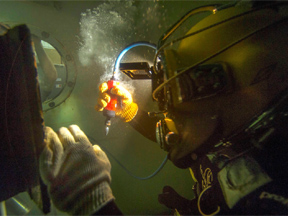 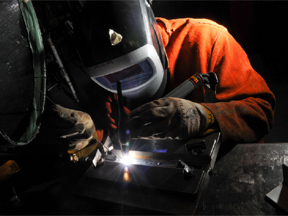 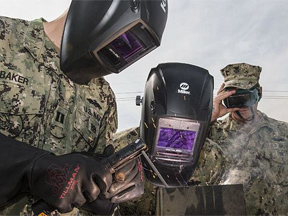 During the welding process, pipes, turbines, boilers, or any other products that contained asbestos were more likely to be shocked, which caused the fibers to be released and the employees to inhale them immediately. Once asbestos fibers make their way into the body they can become lodged in organ tissue causing inflammation and scarring that can lead to the development of cancer.

Welders, along with other similar workers such as strippers and fitters have an increased risk of developing an asbestos-related illness such as lung cancer, asbestosis, bronchial cancer, mesothelioma. Some other occupations that are similar to pipe welders include:

Witnessing and Testimony: Pipe Welders Exposed to Asbestos While on Active Duty

"I was a pipe welder on a repair ship from San Diego and my job was to remove and replace lagging as well as fit and weld high-pressure pipes. I worked on many Navy ships. I was temporarily assigned to USS Halsey (DLG-23), and we sailed to the Philippines from San Diego. Our job was to repair her boilers. This is on one of many ships I was in contact with asbestos. I do know one of the team members has died from asbestos-related cancer."

Quoting Bruce H., a welder on USS Independence CL-22: "Even though I've come to terms with my disease, I still find it hard to understand why did my family have to be involved in this. I don't blame the US Navy for this, nor the government, but the companies that provided the products contaminated with asbestos." He died in 2012 from lung cancer.

If you worked as a pipe welder in the U.S. Navy between 1940 and 1980, we strongly advise you to pay close attention to your health. Those who were exposed to asbestos during their Navy careers may have a variety of legal options for pursuing compensation if they were diagnosed with a disease associated with inhalation of asbestos. Many veterans may not have been warned about the dangers of asbestos-containing products even when they were routinely exposed to them.