Veterans who served in the Navy between the 1930's and 1970's were continuously exposed to asbestos. This substance was present everywhere aboard the Navy ships and working in an environment that contained high levels of asbestos posed severe health risks. Many veterans have been diagnosed with asbestos-related conditions and many more have died during the past years, after struggling with diseases like mesothelioma or lung cancer.

Asbestos was an inevitable hazard both for the sailors and the workers who constructed the vessels in the shipyard. Nonetheless, some jobs implied higher exposure risks than others. Boilermen, welders, engine mechanics, hull technicians, pipefitters or machinery repairmen were some of the most endangered groups because they were constantly in contact with asbestos-containing materials.

Our focus today is hull technicians/maintenance mechanics. These workers' duty implied handling the metal structure present aboard of the ship. For example, they performed installation, maintenance and repair works to the sanitation or plumbing system. Because they were required to tend to this area of the ship, hull technicians/maintenance mechanics were basically exposed to the highest levels of asbestos. They were touching and handling asbestos-containing products like pipes, gaskets, or ventilation seals on a daily basis. Moreover, they were not wearing any protective equipment because they were not aware of the risks. The negative effects of asbestos were exposed to the public only in the later part of the 70's. Those who had worked with asbestos-containing products in the previous decades were helplessly exposed to unknown hazards. Fortunately, veterans who have been recently diagnosed with an asbestos-related disease can find some relieve because they are legally entitled to a compensation. 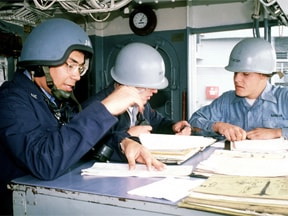 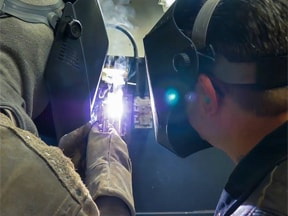 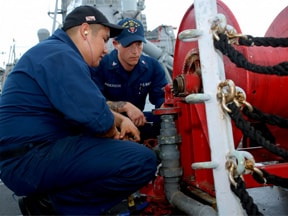 They can file a claim with the VA and recover money for their damages. Each request is carefully evaluated by looking into the claimant's evidence. Veterans must bring valid documents that ascertain their illness and correlate it with the military service period when the exposure occurred. If the claim is successful, there are two types of damages that are taken into account when the award is established: economic and noneconomic damages. The first category includes medical expense and any other financial damages like loss of income. Noneconomical damages include a victim's emotional suffering and loss of enjoyment of life.

If you have worked aboard of a Navy ship between the 30's and the 70's, you were most probably exposed to asbestos. If you haven't done it by now, it's essential to get checked and see if this toxic mineral had affected your health. Most of the illnesses that are triggered by asbestos start to show symptoms decades later. So, it's important to go get checked, regardless how old you are and how much time has passed since you were in service. If a medical practitioner confirms your exposure, you should benefit from your right to file a claim. We are here to support you by providing you information regarding the use of asbestos in the Navy. Moreover, we can help you reach out to some of the best legal practitioners in the field of asbestos litigation who can handle your claim.

Quoting Martin D.: "I served on the USS Everglades from Oct 1966 till Oct 1970. I did my entire enlistment there during the Vietnam War as a shipfitter working with the pipefitter unit, now called hull technicians and I was also a damage control leader. I was exposed to asbestos and I know I was exposed in many ways: in the damage control room, in the engine rooms, extensively in the pump room where most of my work occurred - changing pipes, fixing pipes."