Posted on 08/03/2017 by Stan Gottfredson in Asbestos Shipyards

Asbestos use was widespread in the 1900s and products containing this material were found at job sites across a wide variety of industry segments. Many people who used to work at these job sites were put at risk for developing mesothelioma and other asbestos-related diseases. Although it is highly toxic to humans, asbestos was widely used at shipyards and naval bases for most of the 20th century. Those who served between WW II and the Korean War were exposed to dangerous levels of asbestos.

Some occupations were more likely to use asbestos than others. Shipyards are among the first job sites associated with exposure to high levels of asbestos among workers. Shipyard workers and naval personnel were often exposed to asbestos during the construction and maintenance repairs of warships and other large navy vessels. This toxic material was frequently used in boilers, pipe covering, gaskets, wall insulation, turbines, pumps, and other products.

Shipyards played a vital role in our country's military maritime operation. At these job sites, workers built, repaired and stored a variety of ships (battleships, aircraft carriers, submarines, destroyers etc.) for the US Navy. The personnel had to ensure that all vessels were kept in working order and were battle-ready at all times.

The majority of individuals diagnosed with asbestos-related diseases were exposed to it while on the job. Here are a few statistics related to this material and its use in shipyards:

How Did Exposure Occur?

Individuals working in and around the Navy shipyards had an extremely high risk of exposure. Navy shipyard personnel were not trained to identify asbestos, and, without proper identification of asbestos and other hazardous materials, workers also had unintentionally jostled the asbestos when doing repairs.

This caused asbestos particles and fibers to break off and become airborne, being inhaled by unsuspecting victims.

This was especially the case of many people who were doing repairs and maintenance deep into the mechanical areas of the vessel. Because ventilation and air circulation are typically poor in these areas, without being properly equipped to identify asbestos and without having adequate safety equipment, victims were at a greater risk of asbestos exposure.

However, the risk extends beyond shipyards and active ships. Aging naval bases, shipyards and numerous old Navy buildings are currently undergoing renovation and repairs, which can result in the generation of airborne asbestos fibers.

The risks still remain high even if the US Navy seems to be taking all of the precautions necesarry to protect the ones serving our country. Although the Navy builds new ships when needed, its battle-scarred vessels are still in service and continue to require regular maintenance, which means that workers are still exposed to the hazards of asbestos.

Unfortunately, until the shipyards and vessels are entirely cleaned of asbestos, the risk of exposure, even if?unintentional remains high for all Navy personnel. Ships, shipyards and storage areas where asbestos was used remain hazardous even after decades. Unfortunately, many veterans developed asbestos cancers and mesothelioma.

Another important aspect to keep in mind is that shipyards are divided into two groups: owned by the US Navy and private. None of the two are to blame for the asbestos exposure within a shipyard, only the companies that provided asbestos-containing products like valves, gaskets, engines, pipes, turbines, tiles and so on. Veterans should be aware of the fact that neither the US Navy, nor the private companies are liable for their condition. 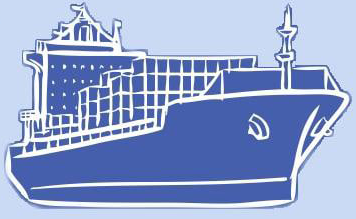 If you are a veteran and have worked in the US Navy, you might have been exposed to dangerous levels of asbestos. Our website is designed to help veterans and all individuals see if their ship or shipyard posed a threat to them. Call us at 760.621.6147 for assistance!