One of the cheapest materials used for the shipbuilding process in the 19th and 20th century was asbestos, a mineral with very good insulation properties. At the beginning of the 20th century, it was discovered that it causes serious respiratory diseases.

Asbestos was intensively used until 1985, and this lead to heavy exposure among workers who eventually developed mesothelioma, lung cancer, asbestosis and other forms of cancer related to asbestos exposure.

Many veterans were at risk not only because asbestos was found almost everywhere on a ship, but also because they were working in small rooms like the turbine, engine or boiler rooms where there was little or no ventilation. Without protective gear asbestos dust was easily inhaled into the lungs.

Shipfitters were also at risk of developing respiratory diseases. They are in charge of fitting parts of the ship together. They have to work on heavy metal that is found on a ship. All structural parts of a ship are fabricated, assembled and even built by shipfitters. All the heavy machinery like plate planners, shears, punches, drill presses, bending rolls, bending slabs, plate beveler, saws, presses, angle roll, dogs or even wedges represent the shipfitter's responsibility. 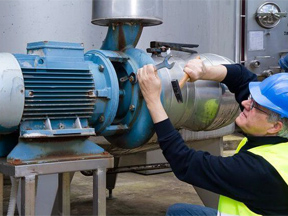 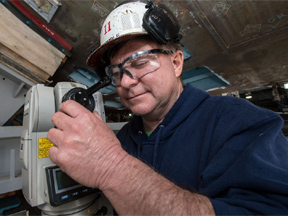 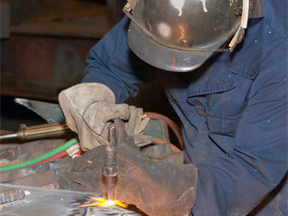 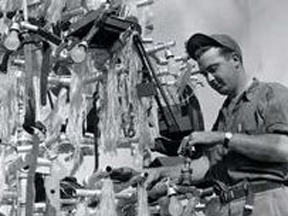 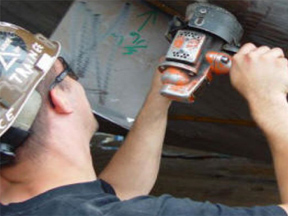 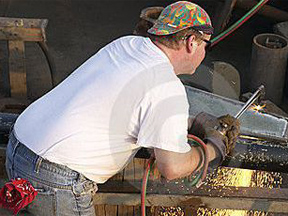 Among other duties, Navy shipfitters are in charge with installing and repairing pipes, but also the rest of the equipment found on a ship. The sonar domes and tanks are not everyday responsibilities for a shipfitter, but they are among the important ones. Asbestos exposure was possible through their work environment. They were performing their jobs mostly in the pump rooms, but they were also present anywhere where their mechanical aptitudes were imperative.

According to Carl D., shipfitter on USS Oriskany CV-34: "We never knew that our job involved such danger. Everything we touched contained asbestos." Unfortunately, the US Navy shipfitter was diagnosed with mesothelioma and died in 2014.