The USS Bataan mostly operated during World War II and during the Korean War, having received a total of 17 battle stars for its participation in both. 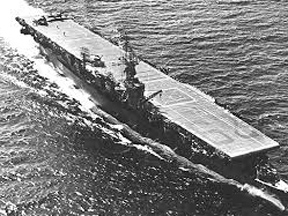 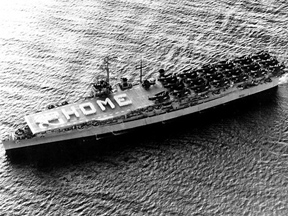 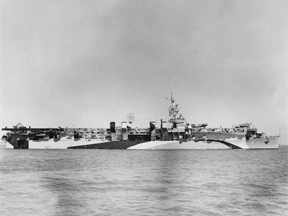 History of the USS Bataan (CVL-29)

The USS Bataan was originally named USS Buffalo, had the main hull number CL-99 and was built to be used as a cruiser. The events that took place after the attack on Pearl Harbor changed its purpose due to the increased need of aircraft carriers. Thus, the cruiser was reclassified as CVL-29 and named Bataan.

Its first loss took place in 1944, when a Grumman F6F Hellcat fighter destroyed her number 2 stack, starting a fire that took the life of 3 men. After finishing its missions in Pearl Harbor, the aircraft carrier moved to the Mariana Islands where it participated in the striking of Iwo Jima and Chichi Jima. Following these events, the USS Bataan (CVL-29) participated in the Battle of the Philippine Sea that had the main purpose of eliminating the Japanese Navy's actions against the US Navy. Another important battle was the Battle of Okinawa that took place from April to June 1945 and resulted in the occupation of Okinawa by the United Stated until 1972.

After the war, the ship started to prepare for the Operation Magic Carpet in order to bring the soldiers back home from overseas. However, the beginning of the Korean War determined the USS Bataan (CVL-29) to be recommissioned and even had three deployments.

The US Navy used significant quantities of asbestos during the past century. This toxic mineral has been deployed for its impressive insulation capacity. Asbestos-containing products were present everywhere on the marine's ships; in pipes, valves, boilers, and turbines just to name a few examples.

During the period ranging from the 30's up until the 70', thousands of American marines were exposed to asbestos aboard of Navy ships and in land bases. The riskiest occupations were those that implied direct contact with the asbestos-containing materials which occurred during the ship's construction or maintenance operations. Mechanics, welders, or workers who handled the insulation were the most exposed categories. However, given that asbestos was present everywhere on the ship, anyone who was aboard had chances of developing a correlated disease. The works carried on aboard of the Navy vessels were dangerous because handling or displacing used objects that contained asbestos released this mineral's toxic fibers. The particles were inhaled involuntarily and their effect on human health was irreversible. Asbestos can cause several severe conditions like mesothelioma, asbestosis, pleural plaques, and different types of cancer. Moreover, the victims were not aware of how dangerous this substance was because it was only in the 70's when this mineral's effects have been exposed to the public.

Fortunately, there are different benefits available for the marines who have developed asbestos-related diseases due to their years of service in the Navy. If you worked aboard of the USS Bataan and you have been diagnosed with an asbestos disease, you can file a claim and receive a compensation for your injuries.

Have you been exposed to asbestos on USS Bataan (CVL-29)?

If you think you suffered from asbestos exposure during your service in the US Navy, you should get informed. We can help you find out more about the exposure circumstances and put you in contact with other victims. Call us at 760.621.6147 for assistance.