During the 19th and 20th century, the US Navy purchased many asbestos-containing products from manufacturers, without being aware of the consequences of the lengthy exposure to asbestos. Companies that provided products like gaskets, tiles, boilers, insulation for pipes, pumps and valves, cables, adhesives, tubes and so on used asbestos to manufacture them because it was cheaper and because it was perfect for insulation.

You should know that asbestos is a mineral that releases dust and fibers which are invisible to the naked eye, allowing their inhalation into the lungs. After a latency period of 20-50 years the fibers stuck into the lungs cause diseases like lung cancer, mesothelioma and asbestosis. Some of the employees at risk within the US Navy are firemen, pipefitters, shipfitters, welders or damage controlmen. 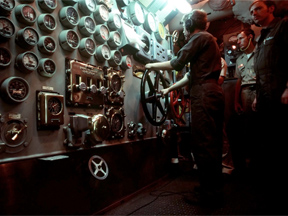 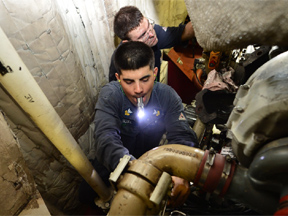 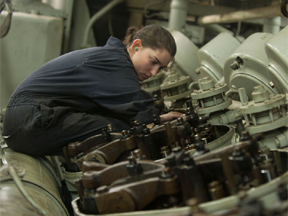 An engineman has the role of operating, maintaining and repairing the internal combustion engines that are used to power the Navy ships and craft. Most of the engines are diesel, but there are also gasoline engines. Other systems that are operated by the enginemen are electrohydraulic controllable-pitch propelled systems and steering engines. In addition, an engineman was in charge with the refrigeration and air conditioning systems, air compressors, and desalinization plants but also with auxiliary boilers.

The asbestos exposure took place while the enginemen were working in the engine rooms, most of the part, and whenever they were in contact with gaskets, engines, valves, pumps or packing. Due to the fact that the rooms where they were working were extremely warm and poor ventilated, they inhaled the dust and the fibers emanated by the asbestos-containing equipment.

Quoting Charles B., engineman on USS Oriskany CV-34: "A lot of equipment was constructed with asbestos. As far as I understood, this material has the best insulating properties so far. But, unfortunately, it is slowly killing us." He died from stage 3 lung cancer in 2012.