Between World War II and the late-1970s, asbestos was perceived as the "miracle" material and used in all naval ships to insulate pipes, turbines, pumps, and other heat-sensitive areas in engine rooms, boiler rooms, weapons and ammunition storage rooms.

Not only were Navy personnel working in enclosed spaces, but engine rooms usually didn't have proper ventilation, making it much easier for the enlisted sailors to inhale asbestos fibers. Once asbestos fibers are in the body, it's impossible to get rid of them. Over time, asbestos fibers attached to the lining of major organs, such as the heart, abdomen, and most commonly, the lungs, eventually begin to scar organ linings, creating cancerous tumors.

Navy jobs with a high likelihood of asbestos exposure include:

Certain Navy veterans are more at risk for lung cancer and other asbestos-related diseases than others, depending on the jobs they held on ships. Snipes maintain and service the engines and equipment that power Navy ships. They were involved in the repairment of asbestos-containing equipment, and engine components and machinery, including turbines, and fuel pumps, and thus, of greatest concern from an exposure perspective.

How Snipes Were Exposed to Asbestos 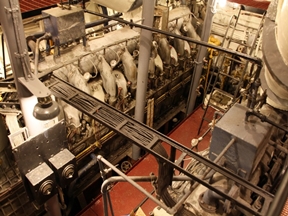 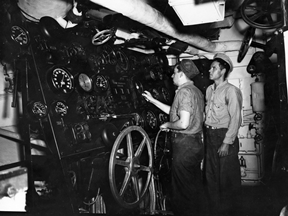 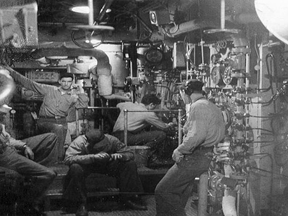 "Snipe" is a term used to refer to all enlisted personnel that served down below deck in the engineering space aboard a Navy ship. Also called the "the sailors that sail below", they were responsible for maintaining the power that kept everything on the ship running. The engineering spaces that house the boilers and engines of the ships were the locations with the highest risk of asbestos exposure.

U.S. Navy snipes were exposed to asbestos in a number of ways during their service since seagoing vessels contained engines, boiler rooms, and other below-deck areas that needed to be insulated from high heat and fire, and asbestos was used for almost all types of insulation. Asbestos insulation was heavily utilized in naval ships to cover steel boiler walls and the piping leading to and from boilers. In addition, asbestos gaskets and rope packing were cut and installed to seal valves.

Some of the responsibilities of Navy snipes included:

Welding blankets, aprons, and gloves, utilized by every snipe, were made almost entirely of asbestos fabric and became tattered and dusty as they aged. The process of removing and then replacing these insulating components, as well as using welding blankets, aprons, and gloves, released large amounts of asbestos fibers into the air, which were inhaled and ingested by snipes and others nearby.

Mr. Bailey G. was assigned to the USS Isherwood (DD-520), a Fletcher-class destroyer, in early 1956 and discharged honorably in January 1960. During his service aboard the USS Isherwood (DD-520), he labored in the ships' engine room as a snipe, where he was routinely exposed to hazardous levels of respirable asbestos from thermal insulation, packing, and gaskets. The asbestos exposure occurred while Mr. Bailey G. and other shipmates maintained and repaired valves, pumps, piping, and auxiliary equipment in ports. He never wore respiratory protection and was unaware of the serious health hazards of asbestos exposure.

Entire generations of veterans that have done their service in toxic mediums breathing in asbestos disturbed from its compounds because of maintenance and repair jobs inevitable for the good functioning of the vessel are now at high risk of developing asbestos-related cancers and respiratory conditions.